How Protein can help you Lose Weight.. 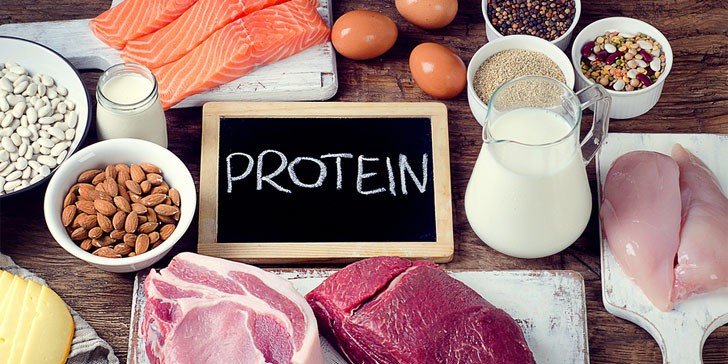 Is Fat Loss high on the list of your Health & Fitness goals?

If so, then you’re not alone. In the UK (and most of the first world) two thirds of us are either overweight or obese. That means that if you pick any three people at  random, only one of them will be at a normal weight. It is now abnormal to be normal!

It’s not that people want to be carrying extra Body Fat around, it’s just that it’s almost inevitable for most of us unless we know what we’re doing and take action to prevent putting on the pounds.

We’re all really busy and we’re surrounded by convenient food that contains a LOT of Calories. Calories are the measure of energy that we apply to food. Lots of Calories means lots of energy, which is great if you have a really manual job like a labourer or grave digger that requires lots of energy expenditure. But most of us sit at desks and tap on keyboards five days a week. And because we’re busy, stressed and tired from working all week and commuting every day, at the weekend we like to relax – and for many of us that means lots of food and lots of drink too.

Over the last couple of centuries, and particularly the most recent decades, vending machines filled with cheap soda, chocolate bars, and candy have made their way into schools and work places, junk food has become available on every street corner, and driving has replaced walking as the primary means of transportation. Top that of with the fact that the levels of hormone-disrupting, pro-inflammatory toxins and harmful substances in the food we eat, the drugs we take, and the air we breathe have increased dramatically lately, and you can start to understand why the obesity epidemic has spread like fire in dry grass over the last couple of decades.

There are certainly some people out there who don’t really seem to care about what they eat or whether they’re carrying 10, 20, or 40 pounds of extra fat mass around with them, but these individuals are the exception rather than the norm. If you talk to a person who is overweight or obese, he’ll likely tell you that he wants to lose weight and that he’s tried numerous diets and supplements in his quest for leanness – but without sustained success.

One of the main reasons so many people aren’t able to achieve sustained weight loss is that they don’t know much about nutrition and body fat regulation, but rather just jump from diet to diet, often picking the nutritional strategy that’s trending at the moment or basing their food choices on what the latest edition of their favorite health magazine has to say about what we should eat. Many try to count calories, but when the cravings and fatigue get intolerable – which they usually do if you deliberately restrict your energy intake over long periods of time – they give up, often falling back into old habits.

To be able to achieve sustained weight loss, we have to acknowledge that the human body is a complex system that has its own mechanisms for regulating body fat storage, not just a passive vehicle that comes along for the ride. If we try to lose weight by consciously restricting the number of calories we eat – without making any changes to the composition of our diet – we can quickly end up feeling that we’re fighting against our own body. Calorie counting, at least by itself, rarely works over the long-term; it just makes us go around hungry and fatigued, until we finally succumb to the desire to eat to satiety again.

To achieve sustained weight loss, we shouldn’t just consider how much we eat, but perhaps more importantly, what we eat.  By eating the right types of foods, you’ll improve leptin and insulin sensitivity, turn down the inflammatory tone in the GI tract and the body in general, and “reset” your taste buds, all of which are critical to achieving a healthy body weight.

Several factors associated with contemporary Western diets and lifestyles come together to promote overeating and body fat accumulation, and as I’ve repeatedly highlighted here on the blog, I believe focusing on just one macronutrient (“Carbs make you fat!”) or a single lifestyle factor (“Adequate sleep is the key to weight loss!”) is way too simplistic. Rather, to achieve good health and a lean physique, we have to leave our many, if not most, elements of the typical Western diet and lifestyle behind us and return to the template provided by our primal ancestors.

That being said, “just” changing your intake of a single nutrient or dietary component can sometimes be enough to see major health improvements. One such nutrient that plays a particularly important role in body fat regulation is protein.

Our strong appetite for protein is written into our genome

Hunter-gatherers (both contemporary and ancient) typically eat a lot more protein than most people in contemporary, industrialized societies. Today, a diet in which 20-30% of total calories is derived from protein is usually classified as a high-protein diet, but from an evolutionary perspective, this intake level is actually not particularly high. Estimates based on interpretations of ethnographic data suggest that hunter-gatherers generally derived between 19 and 35 percent of their calories from protein, which is quite a bit more than the average protein intake of approximately 15 percent in the U.S.

If we place ourselves on the African savanna 2 million years ago, mark that as our baseline, and look at the types of diets that have been consumed by members of our genus, Homo,since that time, it becomes clear that it’s more accurate to describe the contemporary Western diet as a low-protein diet, while so-called high-protein diets (>20% of total calories from protein) actually should be classified as having a “normal” protein content.

The levels of protein consumed by hunter-gatherers (about 20-35% of total calories) are the types of intake levels that conditioned the human genome over millions of years, so it makes complete sense that a growing pile of research supports the use of “high-protein diets” in everything from the prevention of cardiovascular disease to weight-loss interventions to the treatment of type 2 diabetes.

Studies consistently show that so-called high-protein diets offer superior weight loss benefits compared to diets containing low-moderate levels of protein (10-15% of total calories from protein), This makes complete sense, as we know that protein increases satiety and thermogenesis to a greater extent than the other two macronutrients.

Basically, protein helps you feel full and satiated, thereby making you less likely to “overeat” or get cravings for more food between meals. As for the thermic value, it takes quite a bit of effort for your body to break down and make use of the protein you got from the lean, juicy steak you had for dinner, meaning that the actual amount of calories you derive from the steak is lower than what you’d expect from simply looking at the nutritional information on the label.

Also, high-protein diets may improve leptin sensitivity in the central nervous system. This is critical, as one of the main reasons so many people have trouble losing weight is that their brain have become desensitized to the signals from the hormone leptin.

Leptin is secreted by fat cells in proportion to their size and is received by receptors in the hypothalamus. If we carry a lot of fat mass, the brain is supposed to respond to the high levels of circulating leptin by lowering our appetite and ramping up the use of stored energy. However, we don’t have to look far to see that this mechanism doesn’t always work flawlessly, as no one would be overweight if it did.

When the brain becomes resistant to the signal from leptin, it “thinks” the body carries more fat than it actually does and starts defending an elevated “body fat set point”. This situation makes it very difficult to lose weight unless leptin sensitivity is improved. As mentioned, eating more protein could help in that regard.

Top all of this of with the fact that several studies both in humans and animals have shown that our appetite for protein is so strong that we “keep eating” in an attempt to reach a targeted protein intake, and you can quickly understand why it’s important to make sure you’re eating enough protein if your goal is to lose weight.

So, how can we transfer all of this into some real-life, practical applications? I think one of the biggest mistakes people make in their quest for weight loss is that they try to make it through the day by only eating salads, fruits, and other plant foods with a very low energy density. While I definitely think it’s important to focus on the energy density of the food you eat, it shouldn’t overshadow everything else.

If all you eat is a vegetable smoothie for breakfast and a salad with no added protein for lunch, you’re bound to crash later in the day, perhaps devouring everything in sight when you get home from work. However, if you consume some scrambled eggs for breakfast in addition to your smoothie (or better yet, start chewing your vegetables instead of drinking them) and add some chicken to your lunch salad, you’ll feel more satisfied throughout the day and improve your odds of losing the unwanted body fat that has accumulated over the years.

Perhaps needless to say, it’s not just the amount of protein we eat that matters, but also where we get it from. Steer clear of CAFO-produced meats, farmed salmon, eggs from chickens that live in crowded unsanitary conditions, and other similar animal products. Instead, seek out high-quality, organic foods and grass-fed meats.

Finally, I want to make it clear that there’s no reason to go overboard, such as by eating huge steaks every day or drinking raw eggs before bed. Rather, aim for a moderate intake of high-quality protein at every meal.

Personally, I typically derive about 20-27% of my total calories from protein, the exact level depending on how much strength training I do. I find that keeping my protein intake at this relatively high level helps me maintain a lean frame and avoid cravings for unhealthy food.

Now I want to hear from you: How much protein do you consume? Are you going to increase your intake after reading this post?